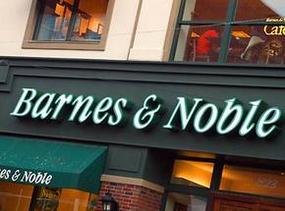 Memory Studies is an emerging and exciting research field, and the objective of the Memory Studies Association (MSA) is to promote exchange between professionals who are active in this heterogeneous and interdisciplinary field throughout the world.
MSA MADRID in June 2019 was a unique experience. Hosted by Complutense University Madrid, this is the third installment of the conference, following meetings in Amsterdam and Copenhagen.

The University of Illinois at Chicago & the Chicago Cultural Center
Thursday, April 7-9, 2016

The Fifth Latino Art Now!Conference in Chicago will examine the contemporary shifting contours of US Latino art and the (trans) national and global cultural forces that continuously shape it and how it in turn shapes these forces. At mid-decade we are witnessing growth of the field in American Art History as well as in Latino visual culture. Renewed visibility for artists in a wave of major exhibitions at national museums and galleries, the expansion of curatorial and academic infrastructure, and new publication and research initiatives tend to signal wider and expanding opportunities. Can we at the present moment map Latino art activity within a larger transnational, hemispheric and global context and discourse?  Can we re-image a more global American art? How have Latino artists entered transnational and global art networks? Taking cities as critical spaces of globalization, what can we say of urban interventions as sites of artivism? What are the future directions? In other words, what is Latino Art Now? 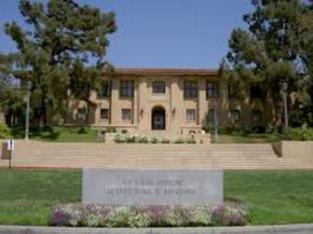 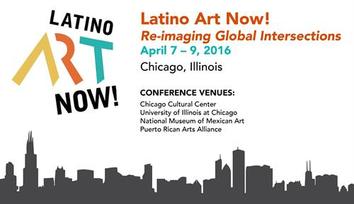 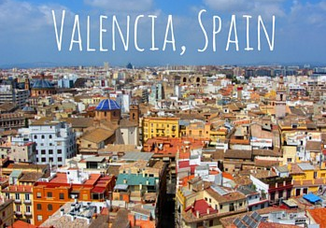 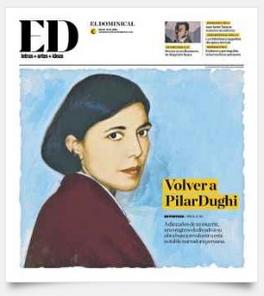 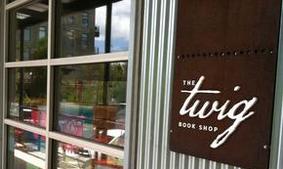 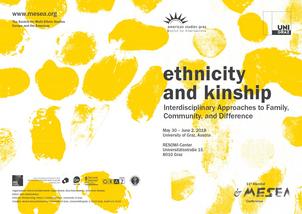 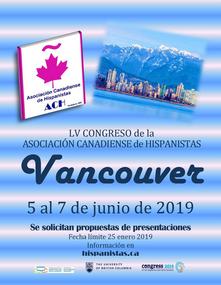 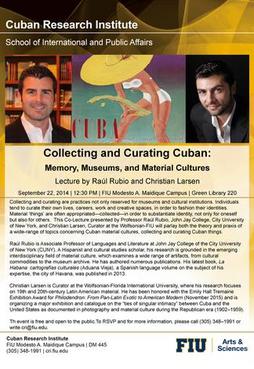 Date & Time: Monday, May 19, 2014 from 4:00 to 5:30 pm
Lecture Title:
Collecting & Curating Cuba: Memory, Museums and Material Cultures
An overview of Mr. Rubio's research on Cuban material culture, which examines a wide-range of artifacts, from cultural commodities to the museum archive. 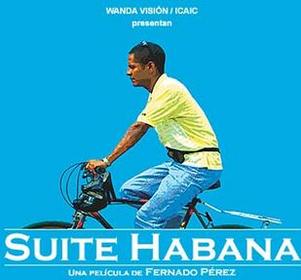 Book Launch:
Handbook on Cuban History, Literature, and the Arts

This handbook explores key themes in the current debate about Cuba’s contemporary cultural and historical dynamics. Leading academics from Cuba, the United States, and Europe bring to light significant revisions of the artistic and literary canon and the historical archive, and they reconsider often neglected subjects and dynamics in historiography as well as contemporary affairs. The book includes new studies on contentious mobilization, leftist activism, and youth organizations in the pre-revolutionary republic. Current analyses include the relation between the Cuban state and intellectuals; institutional legitimation processes; the formation and reconstruction of national identity discourses; and new framings of gender, race, and sexual orientation. The book illuminates the growing salience of social issues and changes in music, literature, cinema, and theater, thus fostering a fuller understanding of historical and current social dynamics of a Cuba in transformation today. 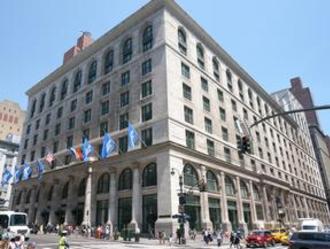 ​Register for the conference at the link provided below. 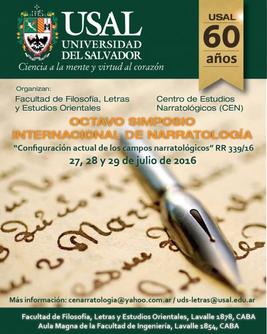 The mission of the Popular Culture Association/American Culture Association is to promote the study of popular culture throughout the world through the establishment and promotion of conferences, publications, and discussion. Aiding the PCA/ACA in this goal is the PCA/ACA Endowment which offers support for scholars and scholarship. The PCA/ACA actively tries to identify and recruit new areas of scholarly exploration and to be open to new and innovative ideas.

For more information about the
Candadian Associaton of Hispanists 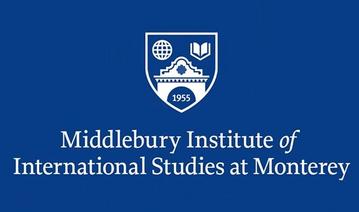 Date & Time: Thursday, February 26 through Saturday, February 28, 2015
from 8:30 am to 6:00 pm
Conference Title:
"More Than White, More Than Mulatto, More Than Black":
Racial Politics in Cuba and Americas
The Tenth Conference on Cuban and Cuban-American Studies takes Martí's dictum as a cue for further academic inquiry and public debate. Our main theme, Racial Politics in Cuba and the Americas, invites comparisons between Cuban experiences of race and those of other Latin American and Caribbean peoples (such as Puerto Ricans, Dominicans, Haitians, and Brazilians), as well as their diasporic communities.
Site: FIU Modesto A. Madique Campus, Graham Center Ballrooms​​ 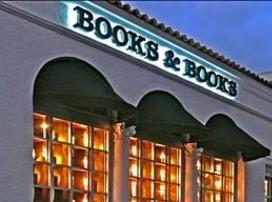 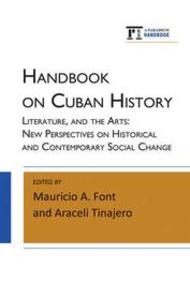 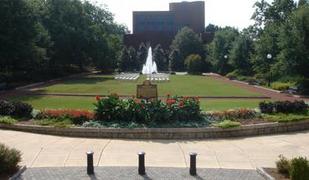 The conference aims to showcase exemplary graduate student and alumni work that responds to critical questions related to Latin America in order to inspire dialogue between students and alumni across The New School. The speakers were selected among a pool of applicants as their work best demonstrates advanced research and understanding. ​ 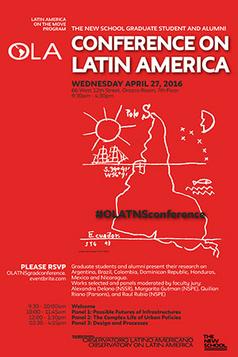 Date & Time: Wednesday, April 8 through Friday, April 10, 2015
from 9:00 am to 6:00 pm
Conference Title:
LGBTQ Scholars of Color Conference,
Sponsored by CLAGS (Center for Lesbian and Gay Studies)
Gathering a national group of LGBTQ people of color involved in research, evaluation, and scholarship. The purpose is to build a vibrant network of LGBTQ Scholars of Color and to foster a pipeline for emerging LGBTQ Scholars of Color. Participants will have opportunities to be mentored by senior scholars, to meet others LGBTQ scholars of color from all over the country, and to gain skill sets in various areas (e.g., advanced methodological methods, grant writing, navigating the tenure process, etc.). 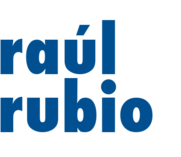 UNC Charlotte’s Department of Languages and Culture Studies is hosting the 5th International Symposium on Language for Specific Purposes (ISLSP) and Centers for International Business Education and Research (CIBER) Business Language Conference. Join us as we take stock and move forward exploring developments and innovation in language studies research, practice, and curriculum.

Latina/o Utopias honors the spirit of José Esteban Muñoz’s audacious and provocative scholarship and wishes to celebrate the indelible imprint that his intellectual legacy has left on the field of Latina/o literary theory and criticism. 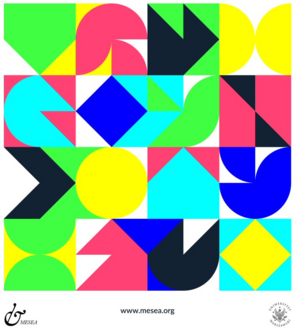 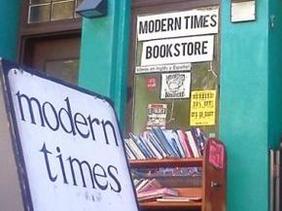 The 2016 MESEA conference in Warsaw will focus on ethnic and minority discourses that have undergone erasure, yet keep resurfacing, on cultural traces left by groups long gone that have been forgotten and silenced, as well as on cultural inscriptions left by those who have become visible and audible more recently. Yet, in addition to engaging with the archaeological hermeneutics of recovering submerged layers of ethnic meaning, we also invite scholars to engage in the perhaps more radical act of what Sara Dillon has called a “palimpsestuous” reading: a reading that attends to the ways in which multiple inscriptions and competing narratives are intertwined and produce complex meanings. 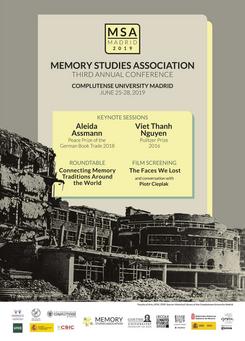 Follow the link below for the full program of events.

Snippets of the lives of 10 ordinary Habaneros in one day during the Special Period,
Suite Habana (2003), directed by Fernando Pérez, offers a rich framework for interpretation and analysis. At the same time, the film is a work of art - a visual symphony. NYT critic Neil Genzlinger describes it as "an elusive but intermittently
beautiful tone poem on film." Hear how two CUNY faculty members - an economist and a literature professor interpret the film.

Raúl Rubio - Associate Professor of Languages and Literature at John Jay College of the City University of New York.

Synopsis:
Collecting and curating are practices not only reserved for museums and cultural institutions. Individuals tend to curate their own lives, careers, work and creative spaces, in order to fashion their identity. Material ‘things’ are often appropriated—collected—in order to substantiate identity, not only for oneself but also for others.  This Co-Lecture presented by Professor Raúl Rubio, John Jay College, City University of New York, and Christian Larsen, Curator at the Wolfsonian-FIU will parlay both the theory and praxis of a wide-range of topics concerning Cuban material cultures, collecting and curating Cuban things.